An interview with Jeff Hull, the…

An interview with Jeff Hull, the Effie-Winning Branded Content Specialist 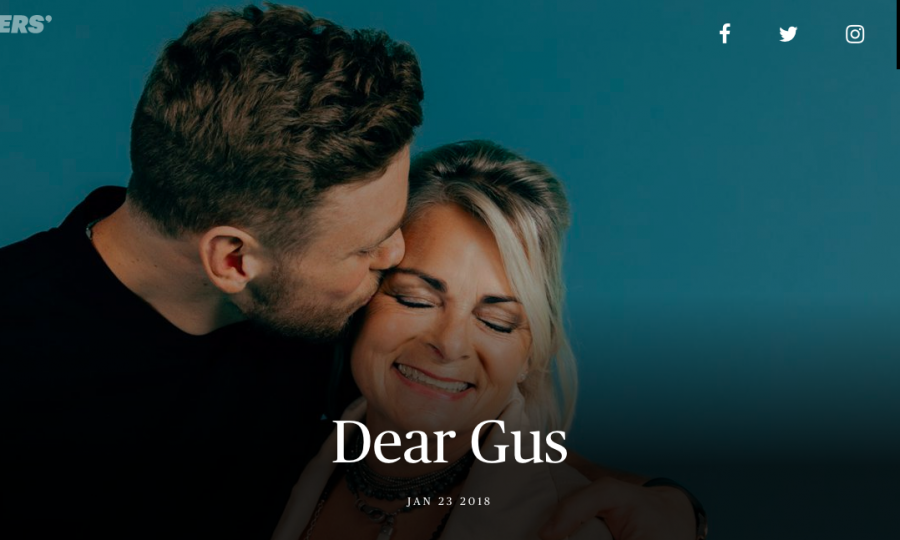 Jeff has lengthy experience in brand-level video, events, digital, print and other platforms and has worked for a wide variety of clients including AT&T, Volvo Trucks, Anheuser Busch-Inbev, Raytheon, Chemours, the National Association of Realtors, Hilton Hotels and Resorts, Dell EMC and many others.

He is currently working freelance with T-Brand, the Washington Post Brand Studio and The Players’ Tribune, developing pre-sale strategic concepts and in digital custom content executions.

We recently featured a custom content campaign with Procter & Gamble and The Players’ Tribune, which was led by Jeff, in our Best Native Ads of 2018 article [which is continuously updated] – See it here.

Talk us through the strategic and creative process for a custom content campaign.

First, always, is listening. What is the client trying to do? How can I help them articulate what they want?

In the best case scenario, the client understands how branded campaigns work–and whenever possible I like to remind them that the more engaging and interesting the content,the better it performs, regardless of how heavily branded it is.

Then there’s a matter of suggesting approaches and this involves a lot of research to understand the competitive landscape, differentiators and the audience. Writing to the audience is so critical–to my mind the weakest point of branded content universally is a failure to understand how to write to different audiences.

Once that’s settled, I treat branded content like I would editorial work. I conduct even more research, focused now, interviewing experts and participants. Often the client wants to supply subject matter experts, but in any case, I’m going to interview several people independently so I’m sure I really understand the subject. Generating engaging quotes from experts is a skill–it’s why some journalists are better than others.

You have to learn how to ask the right questions. This is another big weakness in a lot of branded executions–nothing is worse than a pretty video of someone talking, wherein nobody thought through questions with an eye toward building an actual story that has a beginning a middle and an end. Journalists tend to be much better at this than copywriters.

Out of all the content campaigns you’ve been apart of, which one’s been your favorite and why?

This may be recency bias, but I really like the “Love, Mom” campaign I just did for Procter & Gamble with The Players’ Tribune.

It was a splinter of the P&G #loveroverbias campaign in which, in one execution, I interviewed Olympic skier Gus Kenworthy’s mother, then, based on that interview, wrote a letter from her to her son, telling him how proud she was of his choice to come out and compete as the first openly gay action sports Olympian.

I liked the project because it was so very personal. I had to know so much about the people coming into it, and then had to ask so much about their lives–and then use their words to craft a story that would reach beyond them.

Subsequent executions including Bethany Hamilton, a professional surfer who lost her arm to a shark attack, and Cynthia Cooper, who overcame sexual and physical abuse as a child to become one of the greatest basketball players of all time. The perseverance of those people, their sheer guts, and their enduring positivity and enthusiasm about the world struck me as remarkable and beautiful. I felt it was a true privilege to be allowed to help them speak to a broader audience.

I also really enjoyed my first content project, writing branded work to appear in different magazines for the state of Montana. The one I wrote for The New Yorker required interviewing a bunch of Montana’s famous writers about what makes the place so special. Having lived and written there for over 20 years at the time, it was interesting to hear really smart people talk about things I felt but maybe didn’t know how to say.

How do you ensure you produce the highest quality content on a consistent basis?

You just have to do the work. You may think you know a lot about, say, mobility in the workforce, or New Zealand’s wine country, but you have to push beyond what you think you know and find the thing you didn’t know. Something fresh.

The unfortunate truth is that, in a lot of verticals, the main brands are struggling over a fairly small piece of real estate–the best mobile phone service or the technology that transforms your business–and much of it is inchoate.

For a writer, everything is about supporting detail. You’re going to be handed very well-developed marketing claims. Your job is to find the real-world details that bring those claims to life. The structured assemblage of fine details are the difference between claim-making and storytelling. The only way to uncover those details is by asking a lot more questions than you think you need to ask.

Where is the industry lagging behind?

I think the industry needs to shift toward hiring more journalists (both print and video) to up the quality of content. Copywriters and art directors are great at succinctly transmitting an idea, but very few of them are actual storytellers. Of course, journalists are notoriously awful at brand concepts–so there’s a hump to overcome. But I feel like, particularly in the big tech and financial spaces, the storytelling is so married to brand concepts and divorced from engaging, real-world applications.

Thought leadership is fine in its moments, but audiences want to to learn what’s possible. They want more “So what?”.

In video there is a real lack of story structure. People cut a few lovely drone shots together and thinks it’s engaging. Or they let talking heads ramble on, hit a few points and call it a story. Its not. It’s why people turn off videos after the first few seconds. There’s no sense of build. No sense of “So what?”.

I’m astonished at how many video projects are launched without a script or any sense of story structure.

Mobile. Very few content producers have cracked the mobile nut yet, delivering really fresh, engaging content in a way that doesn’t just cater to mobile but actually capitalizes on it.

Saturation of mediocrity. Sameness. It’s inevitable. Only a few studios are really doing great work. Everybody else is copying that. The danger is brands getting turned off by less-than-engaging work and abandoning the form.

What role does data play in the creation process?

Data is huge. To the extent that you can look at data and extrude stories from it, you’re winning.

Data allows you to marry visual elements to the story you’re telling. Data in content is the same as data in a business: you have to see the stories in the numbers. What’s the insight? Is it just insight, or can you build a story around it?

You have to be able to interpret data in a meaningful fashion. It’s more of that “So what?” issue.

What’s your custom content prediction for 2018? Will it change or remain the same?

Bigger. Everybody’s in, now. The great sorting process has begun. 2018 will see even more studios being created or expanded. We already have champions, but I think we’ll see some challenges to those stalwarts as talent moves around and ideas spread. It’s probably too early for consolidation, but that’s inevitable, too. I really think we’re close to the proliferation of the “content agency.” 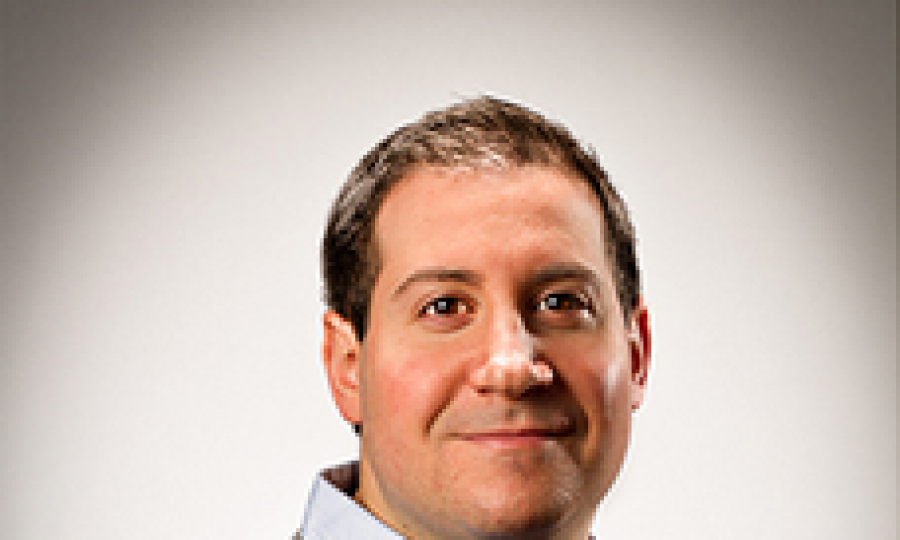 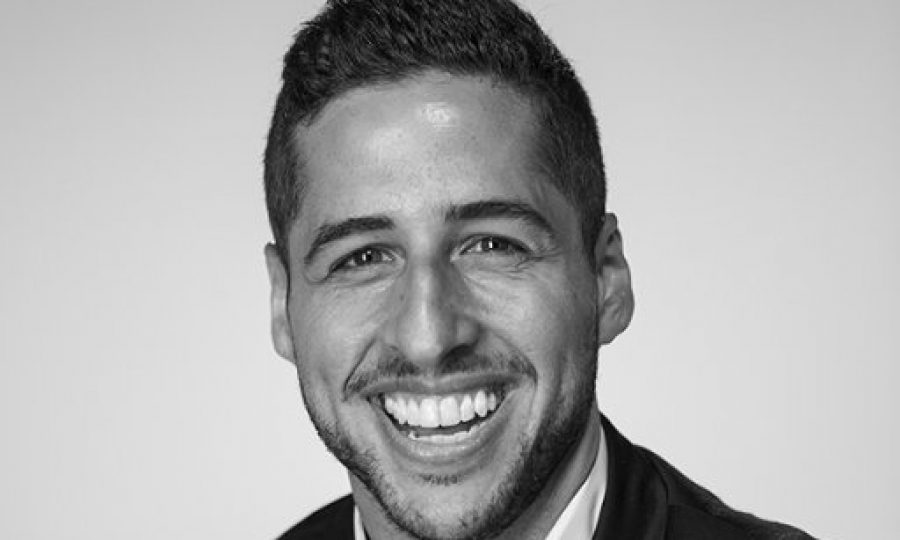 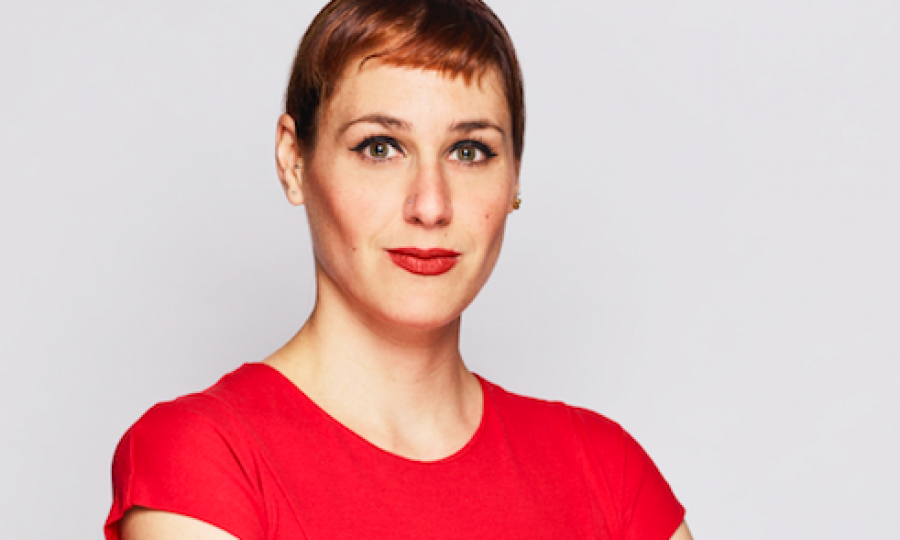